The question of bilingual motorway signs in minority languages has repeatedly been raised within minority networks and communities across Europe. This issue is still on the agenda in some minority regions. The national minorities consider the bilingual signs in the settlement area on all roads without exception to be an important signal to be treated visibly and equally in public. This also includes the signposting on motorways. The legal regulations of road traffic related to minority concerns within the member states of EU are different.

Minority Monitor has already addressed the concerns of one minority community of Lusatian sorbs in Germany, when it has studied the case of Germany´s refusal to provide bilingual motorway signs in minority languages.

After carefully analyzing the situation and the reasons for the rejection of the proposals for the improvement of the visibility and equality of minorities, some important additional questions have been raised. Most important of them are:

- In which regions of Europe are there bilingual signs on highways and motorways?

-Do these regions have statistics relating to road safety?

The Minority Monitor Team has raised these questions in its network, in order to follow them up, and has gathered an expert opinion. Regions in Italy can provide a best practice example.

In the following - due to the current relevance of the question, namely the refusal of Germany to erect bilingual signs on freeways with consideration of the local minority languages (https://www.minoritymonitor.eu/case/Germany-refuses-to-provide-bilingual-motorway-signs-in-minority-languages) - "bilingual signs" refers only to signposts with domestic destination information. This excludes other road signs and signs with foreign destination information, where these appear with endonym and exonym (which is also possible in Germany).

Our study area is Italy.

In three autonomous regions in Italy (Trentino-Alto Adige, Val d'Aosta and Friuli-Venezia Giulia) there are bilingual traffic signs in the sense of this study.

In the aforesaid regions there is no statistical data according to which the multilingual signs have any effect on the traffic safety. This upon reversion means, that multilingual traffic signs are not seen as a safety hazard, otherwise they would be recorded as a cause of accident in the statistics.

The erection of traffic signs in Italy is regulated by the Road Traffic Code (Legislative Decree No. 285 del 30/04/1992). Art. 37,2bis of this law permits, in the case of certain road signs (especially those indicating municipal boundaries), the addition of the name in question in the local regional or minority language, in addition to the official Italian name.

Article 10 of the Minority Protection Law of 15 December 1999, n. 482 (Norme in materia di tutela delle minoranze linguistiche storiche) also permits the use of toponyms that correspond to local traditions and customs. Article 9 of the related implementing decree D.P.R. of May 2, 2001, n. 345 specifies that in the case of toponyms in one of the 12 protected minority languages, they must appear on the road signs in the same size as the official toponym.

However, these regulations do not apply to the higher-ranking road network (freeways and expressways).

1. German in the region Trentino-Alto Adige,

2. French in the region Val d’Aosta and

3. Slovene (with restrictions) in the traditional Slovenian settlement are in the region Friuli-Venezia Giulia.

The equality refers only to the German language, therefore on the traffic signs of the higher-ranking road network, for example, no Ladin toponyms appear, although these are also recognized according to the statute (Art 101, 1). The obligation of bilingualism of place names in the province of Bolzano is also extended to exonyms currently in use, so that on the A22 Brennero freeway heading south, the city of Trento is signposted bilingually as Trento/Trient. The language sequence on the highway signs is always Italian-German.

Outside the province of Bolzano, however, the signs on the highway are monolingual Italian. 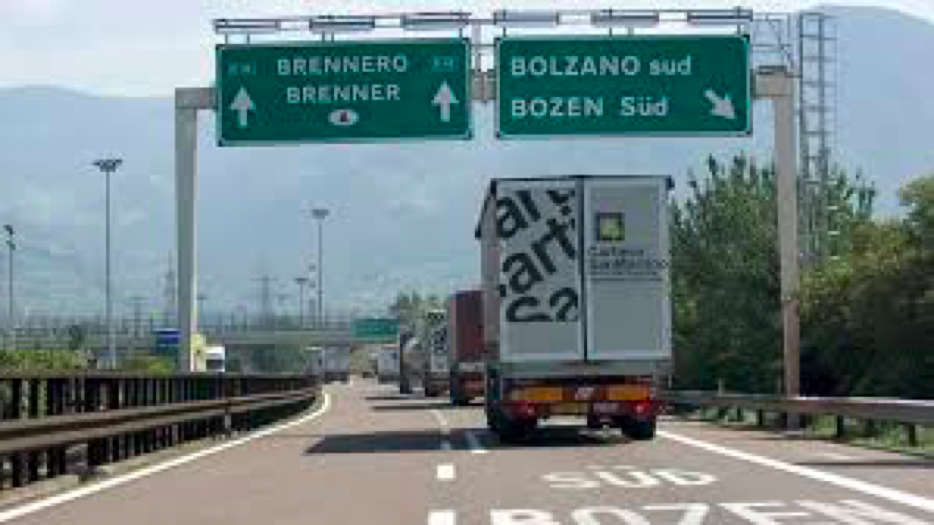 Fig. 1: Bilingual signs on the  A22 in South Tyrol (https://www.veneziepost.it/autostrada-del-brennero-produzione-crescita-del-28-tariffe-ferme-dal-2014/) 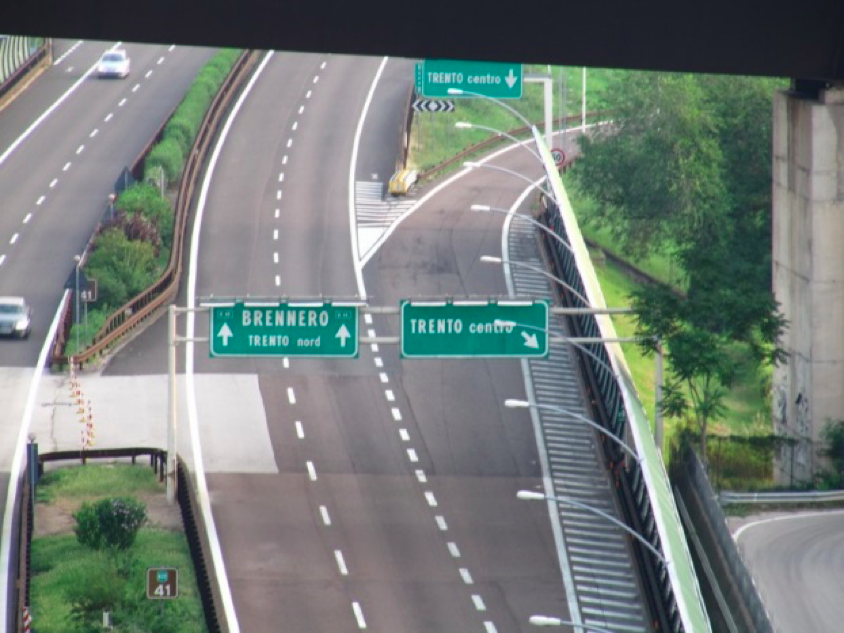 Fig. 2: Monolingual signs on the A22 in Trentino (https://www.xpetition.com/it_IT/petizione/riapriamo-il-casello-di-trento-centro/41158)

The equality of French in the Val d'Aosta is based on Art. 38 of the autonomy statute there. The toponymy of the region is officially monolingual French except for the name of the capital Aosta/Aoste since 1976 (art. 1 Regional Law of December 9, 1976, n. 61). For this reason, the A5 highway uses French place names throughout its Aosta section, except for the name of the capital, which is signposted bilingually. In this case, the language sequence is Italian-French. 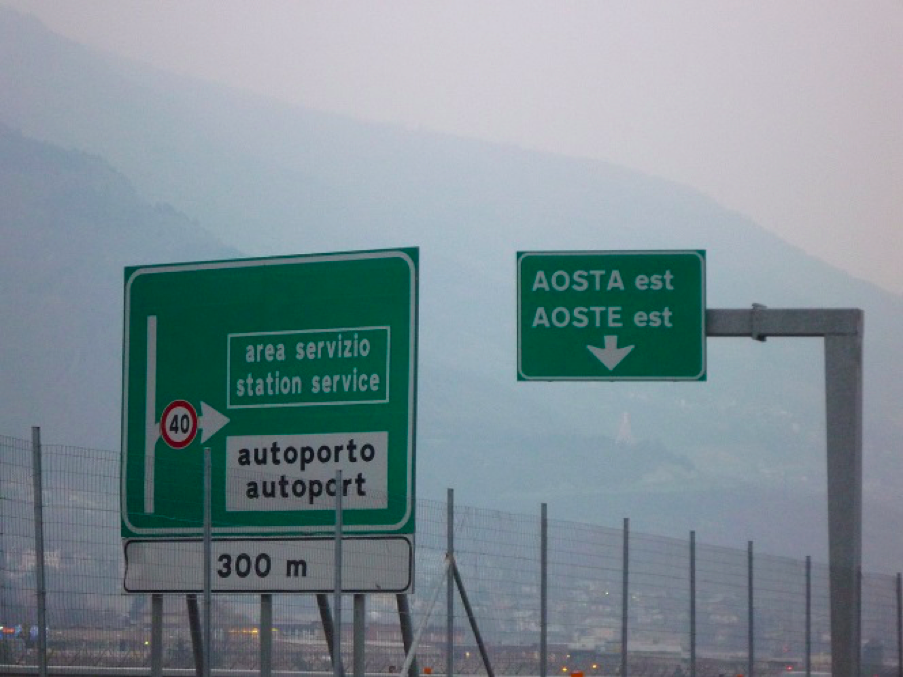 Fig. 3: Bilingual toponomy on the A5, regarding the capital Aosta/Aoste (https://it.wikipedia.org/wiki/Autostrada_A5_(Italia)#/media/File:Panneaux_Autoroute_A5_Italie_-_Aoste_est.JPG) 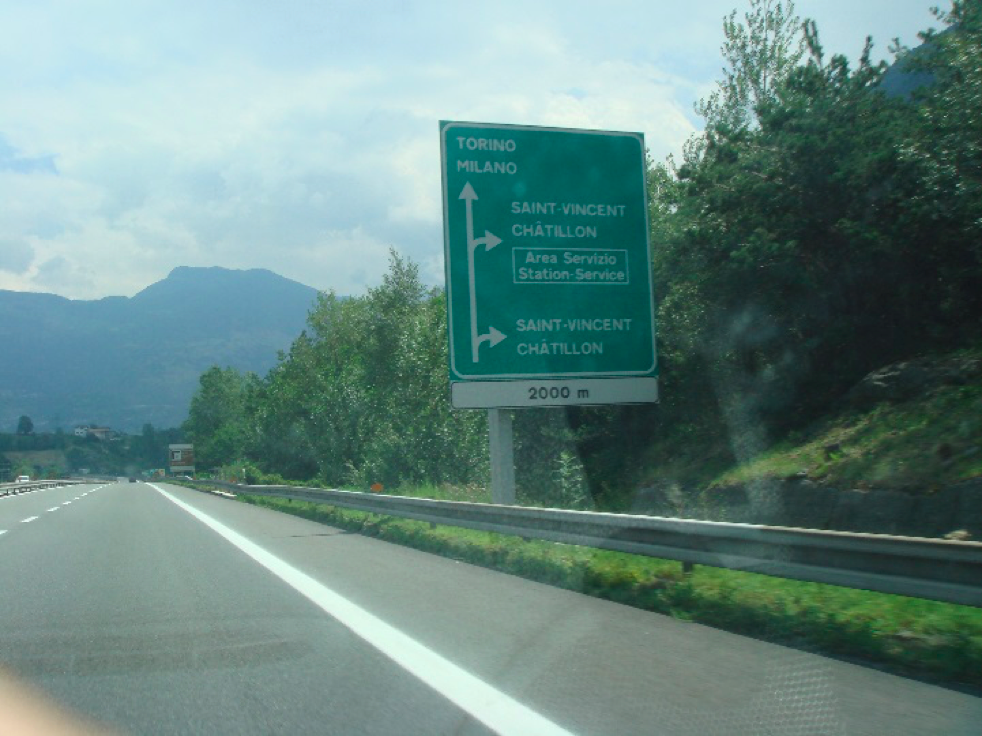 Fig. 4: Monolingual toponomy on the A5, regarding other municipalities (https://commons.wikimedia.org/wiki/File:Road_sign_of_a_service_area_in_Saint-Vincent_(Italy).jpg)

The equality of the Slovene language in the traditionally Slovene settlement area within the Friuli Venezia Giulia Region is based on art. 8 of the Law for the Protection of the Slovene Minority no. 38 of February 23, 2001; the use of the Slovene toponymy is regulated in art. 10 of the same law. The equality refers only to the Slovene language, that is why on the road signs of the higher-ranking road network, for example, no Friulian toponyms appear, although they were also recognized by Decree of the President of the Region No. 16 of February 13, 2014 (based on the Minority Protection Act of December 15, 1999, No. 482).

The highway sections that lie within the traditionally Slovenian settlement area have bilingual Italian-Slovenian signage.

Fig. 5: Bilingual toponomy on the A4, regarding the traditional Slovenian settlement area (private photo)

The South Tyrolean Institute of Ethnic Groups points out, that similar constellations were already controversial in Europe and have been handled differently.

A controversy as to whether multilingual road signs were accident-causing already existed in the early 1990s between the Danish government and the Advisory Committee for the Review of the Implementation of the Framework Convention for the Protection of National Minorities. Denmark used this argument to justify its skepticism about bilingual road signs. However, the argument was rejected by the Council of Europe, partly because Denmark had Danish-English bilingual signs on important links (the two major bridges over the Oresund and the Great Belt), and this was justified precisely on the grounds of improved road safety. The controversy subsequently petered out, however, since according to official Danish statements no further requests for bilingual traffic signs were made (cf. Pan, Christoph: Minderheitenrechte in Dänemark. In: Pan, Christoph; Pfeil, Beate Sibylle: Minority Rights in Europe. Handbuch der europäischen Volksgruppen Vol. 2. Vienna/New York: Springer2 2006, 103).

Submitted by The South Tyrolean Institute of Ethnic Groups